The strangest thing happened the other night. I felt the bed shake,…. I ‘m not sure if I was awake or awakened but I remember touching the bed and realizing that it was vibrating. I panicked naturally and was just about to dash off to mommy’s room when the ‘big girl’ in me held her ground so to speak. I remember drifting off to sleep thinking that God had come and I’d missed the train. In retrospect I was surprisingly calm. In the morning I scoped twitter and fb but not a word was mentioned about a tremor so I concluded that it must have been a grand hallucination or a wild dream! Now that I got that random thought out the way I’ll start another story…. one with photos.

My ‘Island troddings’ as I like to call it led me to St Elizabeth with my god-mother and god-sister. The journey began in St. Ann’s Bay  with a stop in Falmouth to visit one of my best friends.  We walked around briefly to see the few changes around despite the fact that it had started to rain – seems I know how to bring rain to Falmouth! – and I’d just gotten my hair ‘done’. After a quick lunch it was on to Montego Bay where I managed to roam through the craft market for a few minutes before it was time to leave. By sunset  I was winding through Hanover then Westmoreland and finally Black River, St. Elizabeth.

Without  a doubt I was tired and  was soon being lulled to sleep by the sounds of waves crashing against what could be rocks. It was dark when I arrived so you can imagine how delighted I was to wake up to this sight.

Little did I know that I was in for an action-packed week as I’d soon be driving all over the ‘Bread Basket Parish’. I finally found some time however to take a stroll through the historic town which reminded me much of Falmouth but unfortunately I got caught at this bench for such a long time that the sun soon started to set and I had to make a hasty retreat home.

I must have been quite a spectacle to passers-by as I sauntered along High Street at a casual pace.

My initial research of the once prosperous sea port led me to the Georgian Society of Jamaica’s Blog where they posted a few articles on its history and some significant buildings:

The old town of Black River, the capital of St. Elizabeth, has a number of  FIRSTS:
The first town in Jamaica to have electric street lights
Telephone service in 1900
The first car in 1903, owned by Mr. H. W. Griffiths
One of the first racecourses in Jamaica –Racing was done on the Lower Works property. 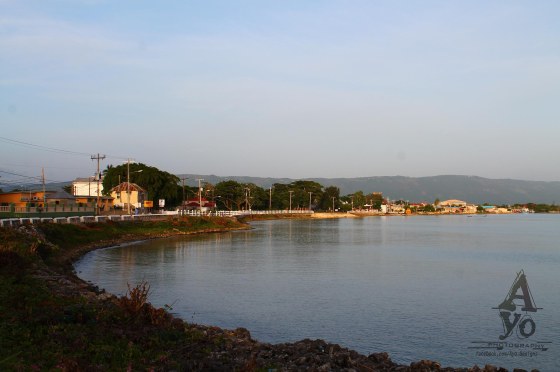 I was quite happy that Adaptive reuse was a high priority however there is a great need for some attention to be paid to many of the buildings! 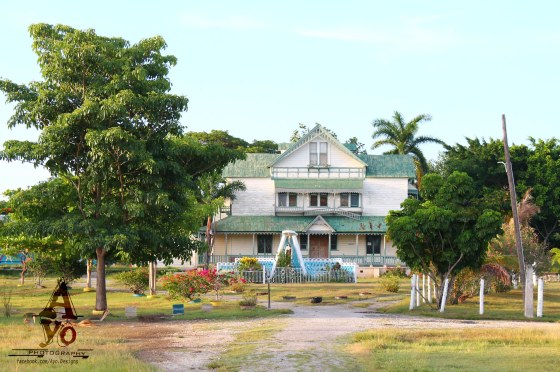 It was once called Magdala House and is adapted from Victorian Architecture to fit the Caribbean climate. After changing hands several times, it was finally owned by the Roman Catholic church where it now serves as a home for abandoned children.

This lovely building is now used as a Learning Facility

Invercauld Great House was the remarkable beauty that swept me off my feet. So intrigued was I by the 1894 beauty that I lurked by the wall until I saw someone who says it’d be ok for me to go on the grounds. Unfortunately I didn’t get inside but I hope to one day as I feel it would be truly remarkable.

Although the date of construction is unknown, the possibly early 20th Century structure is yet another fine example of Georgian Architecture in Black River. It now houses the court and parish council offices but was the town hall prior to that. Seems like its boundary walls underwent a recent ‘paint-over’

I was pretty much done with my adventure as it was getting dark and it didn’t seem wise to be walking around with a fancy looking camera unaccompanied. I  looked across the road and knew I had to get that last shot.  I stood there for quite sometime trying to find the right setting until I heard someone saying ‘move’. I thought I was in trouble and chided myself for not wearing my glasses. I had no idea there was someone on the verandah of that lovely house I’d been ‘stalking’. Eventually I understood what was happening. She was saying that she ought to move so that she wouldn’t spoil my shot.

I thought it only fitting to walk over to her and thank her for being so kind about my intrusion. She proudly told me that the house was over one hundred years old and had been in her family for years. She would have invited me in but she was on her way to run an errand and told me to come back another day s I could have a look inside. *Sigh* I suppose that will be done on my return trip! 🙂 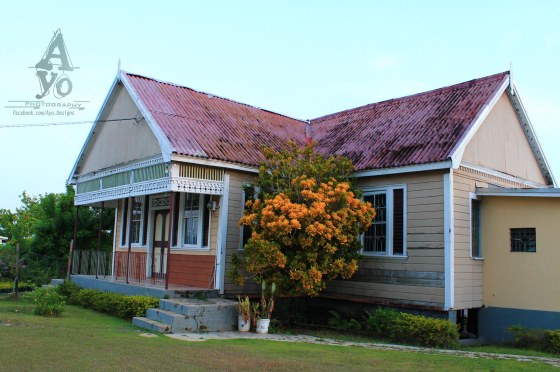 And as it does every day, the sun set .. despite the fact that I really wanted to continue into the town …. I suppose … that will be left for another visit! *Wink* 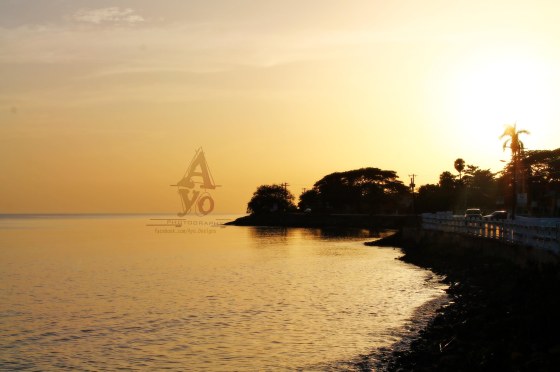