Translation: This “Jamaica Time’ thing is NOT working for me!
[seeeeeee I can write in patois tooo] 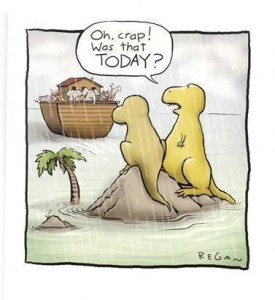 It finally dawned on me that people conform to a particular pattern because they have no motivation to do otherwise. Last week (bear in mind that I started this sometime ago) a friend of mine called me up asking if he could take me to lunch. I told him ‘Sure 12:15…ok, ’cause I only have a one hour lunch break’. I waited till 12:30. Annoyed, I bought my lunch and took it back with me to work. He called at 12:45:

Mr. Late One: Where are you?
Me: I left…. I had no intention of sitting around and waiting for anyone all day. My time is pretty precious and if you can’t value that then I have no business with you.
Mr. Late One: Well you know, we in Jamaica…Jamaican Time … that’s what I work with.
Me: Well I don’t…

We rescheduled a few days later and would you believe he was there 15 minutes early.  It was then that I realized how silly I’ve been all this time and vowed to never be kept waiting again. (I know I was a lil’ bit too hard on him but I was beyond annoyed!) IN retrospect there are a list of others who should have been dealt the same reaction. (shant call names)

My father is King of Punctuality. Once he was supposed to take me home and told me he was ready …. I idled a bit first convinced that ‘daddy cant leave me’ HELL YEA … I walked out to see the back of the van blazing through the gate. You know who was never late again, well.

Sad it is too when people are of the mentality that they can be late to a MILITARY show (emphasis on the military) and not expect to miss out on anything because there’s no way it could possibly start on time. Goodness knows how much awesomeness they missed. And so it is that this habit of ours … dubbed as working on ‘island time’ or ‘Jamaican time’ has to end.

*Consider this my short rant for the month*